FFS, Woman Needed New Clothes https://www.liveleak.com/view?t=CopZE_1551375452 Boynton Beach, FL - Here is surveillance video of Ryan Moody, 24, seen with Elyshia Wilson, 23, attempting to steal more than $1,200 in items from Kohl's in Boynton Beach on Feb. 27, 2019. Detectives arrested Moody after he fled from the store on foot. A Boynton Beach Police officer was seriously injured when he was struck by a car while running after Moody. Boynton Beach Police have probable cause for Wilson's arrest and continue to search for her.

Dashcam Shows Officer Fatally Shooting Driver After Police Chase in Oak Ridge, Tennessee https://www.liveleak.com/view?t=uhn1a_1551362446 Newly released videos capture an Oak Ridge police officer fatally shooting a man wanted on several warrants after a brief chase in October, firing three shots as the driver swung around and then bumped him in a public parking lot, videos of the encounter show. Officer Nathan Gibson followed policy and the law when he fatally shot Isaiah Ramirez, 36, of Clinton, the night of Oct. 8, authorities said earlier this month. ORPD Officer Gibson shot the Clinton man twice through his Nissan pickup truck's windshield. The third bullet struck the steering column, according to an investigation of the shooting. Anderson County District Attorney General Dave Clark cleared Gibson earlier this month of wrongdoing, and no charges will be fired. Gibson was treated the night of the shooting for a knee injury and later went back to work. Well done officers!Fleeing (or even attempting to flee) in a ~2 ton weapon should be immediately treated as a ‘lethal force’ event and the driver shot at the first reasonable opportunity. A criminal fleeing in such a manner is no different than a criminal walking out into a street and firing a gun down the road, thus it should be dealt with similarly.

Gunman opens fire in broad daylight in the Bronx https://www.liveleak.com/view?t=CJNC8_1551324929 Police detectives in New York City are looking for a man who opened fire on a street in the Bronx on Friday afternoon, sending several people running for their lives.

The NYPD released security camera video showing the gunman, armed with what appears to be a revolver, approach a group of people near 1155 Gerard Avenue in the Bronx and fire three shots.

The video shows several people, including a child, scattering away from the gunman, who then turns around and runs away.

Police released this image of a man with a revolver who opened fire on a street in the Bronx, Feb. 22, 2019. (NYPD)

The gunman had targeted a 19-year-old man, police said, but no one was hit.

Gun Store Employees Foil Robbery https://www.liveleak.com/view?t=uQgaD_1551303948 Four people were arrested after their plan to steal two guns from Bullseye Gun, Gear & Pawn was foiled by employees, according to the store's owner.

While examining the guns, the group took off. The video shows store employee Caleb Gregory leaping over the gun case in pursuit. Only two of them made it out the door, and employees stopped the others, Lane said.

Man struggles against deputies as he is sentenced for murdering a 4-year-old https://www.youtube.com/watch?v=DLtSjYw_CW8 Elis Ortiz-Nieves struggles against deputies as Judge Mark Trusock sentences him at the Kent County Courthouse on Thursday, Jan. 11, 2018. Trusock sentenced Ortiz-Nieves to life in prison without the possibility for parole for the murder of his girlfriend's son 4-year-old Giovanni Mejias. Read the whole story : http://s.mlive.com/Czf1N4B

Couple desperately brawls with thieves attempting to steal $75,000 https://www.liveleak.com/view?t=az93g_1534540204 A woman about to enter a gas station with a purse containing $75,000 in cash appears to be blindsided by two suspects going after her belongings, setting off a graphic chain of events.

On Friday, the Harris County Precinct 4 Constable's office released video of the victim struggling with the suspects over her purse before she was run over by a suspect's backing car.

This took place earlier in the day at about 10 a.m. at the Valero on Cypress North Houston at Highway 290.

According to the constable's office, a deputy noticed the scuffle between the suspect, the woman and another man who appeared to be trying to save the victim. At that point, a car backs into the woman and the suspects make off with the purse.

Before the incident, Constable Mark Hermann's office says the suspects followed the woman from a bank on F.M. 1960, where she made a large withdrawal.

It is believed that the woman is a co-owner of the Valero store.

The deputy chased the suspects and arrested one of them. The constable's office is looking for additional suspects and another car that was involved in the scuffle.

The victim was taken to the hospital in critical condition.

Las Vegas Shooting Rooftop Security Video With Audio https://www.liveleak.com/view?t=oMiL_1531205973 Gripping new footage of the terror attack carried out on concert goers. The worst mass shooting event in history and it was non-news in one week.. 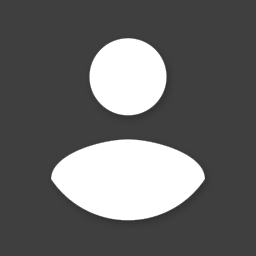 Thanks for this useful post and I liked it. Actually, I have an interest in reading about crimes and laws. Today, I want to tell you about a service where you can easily check anyone's criminal records. You have to get DBS check online for this and you will get the certificate only in 7 days.